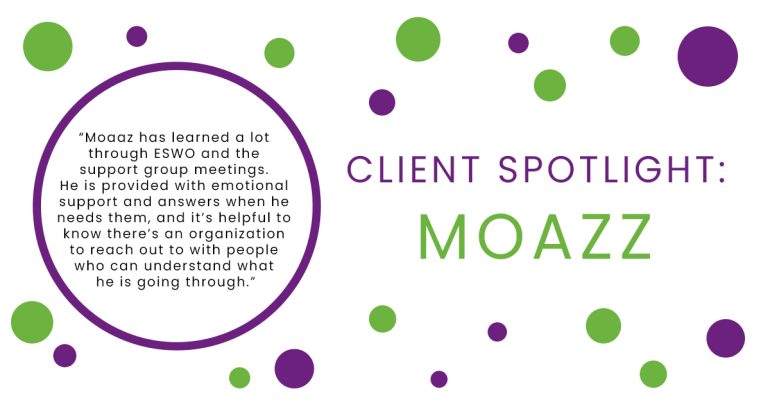 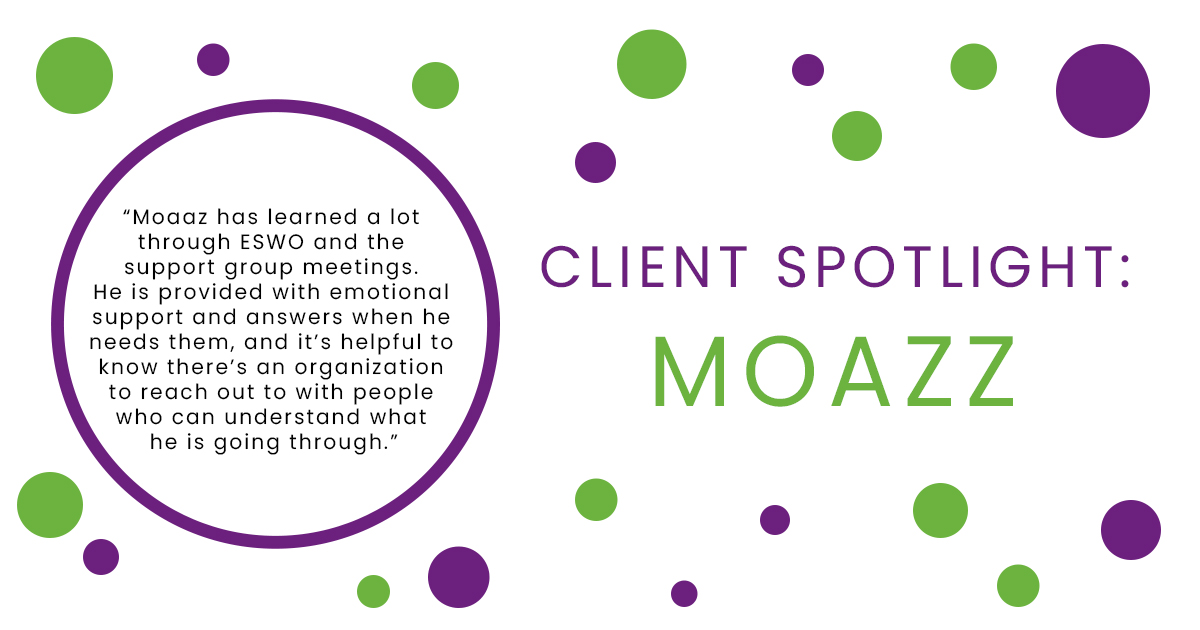 Through multiple medications, doctor’s appointments, and neurologists, Moaaz has had his family and Epilepsy Southwestern Ontario (ESWO) by his side to support him.

29-year-old Moaaz was diagnosed with epilepsy at the age of 14. At first, his seizures were identified as juvenile myoclonic. The neurologist’s solution was to put him on medication until a seizure occurred and then switch to a new medication. This cycle continued for a while, yet Moaaz’s seizures got progressively worse. Once becoming an adult, Moaaz was transitioned into the adult hospital where he met a new neurologist.

After spending about a week in the epilepsy support unit having an EEG, Moaaz’s results came back as unclear as to what type of epilepsy he had. So, Moaaz searched for another possible way to get answers. He got his blood taken and sent to a specialist in the United States to see if they could rule out any degenerative diseases and thankfully found out in August of 2016 that his results were negative across the test.

Moaaz has gone through 15 years of confusion and frustration, but luckily, he’s had his family alongside him every step of the way. He has older and younger siblings who all share the experience of moving around a lot, from Saudi Arabia to Colorado and currently to London. Being concerned about Moaaz’s day-to-day life has led his family to put restrictions on what he can and cannot do, while always having his best intentions in mind.

Life has been difficult for Moaaz as there is a lot of restriction on what he can do. The hardest thing for him is that he is unable to find a job, and is therefore lacking a source of income. He lives in a small community where no one is hiring and a job any further would require transportation to get there. But due to his seizures, Moaaz cannot drive. He tries to steer away from large crowds, anything loud, and flashing lights, as they can cause a seizure to occur for him. During these times Moaaz usually finds himself surrounded by family who are looking out for him.

Moaaz likes to take time to himself where he can relax and watch television, as well as take care of his 11-year-old dog. Over the past few months, he has started western-style horseback riding once a week. Horse-back riding has been therapeutic for Moaaz as it allows him to be active while engaging in neuro-sensitive stimulation with the horse.

As Moaaz has grown older, his drop seizures have stopped but he still has tremors in his face and hands quite often. Moaaz describes epilepsy as “a terrifying experience because you don't know what's happening to you until you wake up." But thankfully Moaaz has learned a lot through ESWO and the support group meetings. He is provided with emotional support and answers when he needs them, and it’s helpful to know there’s an organization to reach out to with people who can understand what he is going through.