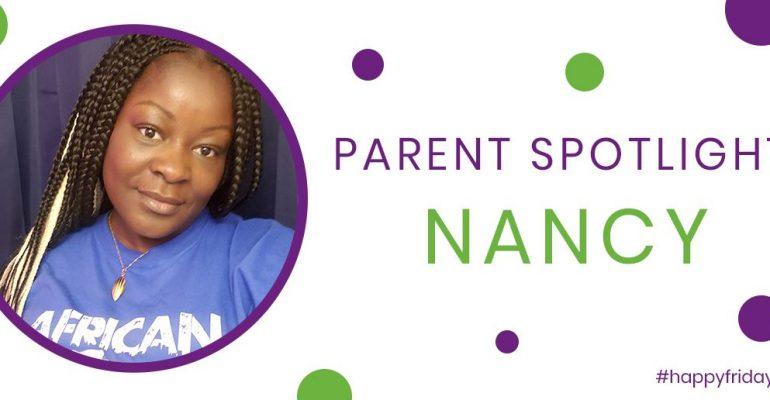 My daughter’s first seizure was very scary. She was 9 months old and was sitting in her calming chair while I was doing some chores around the house. I had stopped to check on her to see if she was sleeping as she was very quiet. She felt very hot, so I took her temperature and it was at 39.9C. I immediately gave her infant Advil. I took her out of the chair and I proceeded to take off her onesie and cool her down because she was burning up.

As I took off her onesie, my daughter started having a seizure in my arms. She was shaking so much, it freaked me out. I called an ambulance and as I waited for paramedics to arrive, my daughter was still having a seizure. It was a total of 5 minutes. That was her first febrile seizure that was caused by a fever. By her 1st birthday, she was diagnosed with epilepsy.

I first got involved with Epilepsy Southwestern Ontario after my daughter started having seizures and I was looking for a support group. This was all new to me and I didn’t know what to do. I did a Google search and ESWO came up. I called the number and I sent up an appointment with an Epilepsy Educator.

Epilepsy has affected my life and my whole family. At first, I had no clue what was going on. I didn’t know what epilepsy was. I had so many unanswered questions. I had to adjust my lifestyle and the way I did things because my daughter is prone to fevers and therefore, seizures. I had to learn more information about epilepsy and familiarize myself with the terms the doctors/neurologist were saying. I had to call my parents to learn about our family’s medical history. Because I am African, learning my child had epilepsy was quite the shock. This is because in Congo, many people are not aware of epilepsy. There are certain illnesses that we know of but epilepsy isn’t one of them. When I found out I had to ask the meaning of it in French so I could explain to my grandmother back in Congo. Even when I got the clarification it was hard explaining it, because like I said, not many people in Congo know what epilepsy is. I had to learn about Seizure First Aid (i.e timing the seizures, documenting her seizures, etc.) I had to adjust to this new norm, especially when I was told that my daughter would have epilepsy for the rest of her life.

Through my daughter’s epilepsy journey, I have learned to be patient. I am a patient person already as I am a Registered Early Childhood Educator, so working with children is a piece of cake! As a mother, I’ve learned that I needed to seek out all the resources, people and training to better assist my child, and her brother on what to do and how to cope.

I cried for months because since she was 9 months old up until now (5 years old), she has spent a lot of time at the hospital. Her seizures have changed, becoming longer and longer. I’ve learned to accept this as our reality and remain patient.

I want all parents with children living with epilepsy to know it’s okay and that you’re not alone. Make sure you have a great support system, utilize resources and ask a lot of questions when you don’t understand something. Socialize with other families that are experiencing the same thing as you and learn what coping strategies they use. I am happy to have my family as my support system, and also my faith in God to give me the strength to live each and every day.

I am also so grateful to have found ESWO because whenever I have questions, they are there to answer them. Since my daughter started school last year, ESWO has been great with the transition from the childcare to school environment. It was very important for me that her teachers were educated about epilepsy and Seizure First Aid.

Patience is huge in our lifestyle so be patient with yourself and patient with your child(ren) who have epilepsy. This isn’t always easy, as things with epilepsy can change. As children get older, their seizures could fluctuate. You just have to go with the flow, be flexible, adjust quickly and always, always be prepared and know how to care for your child.