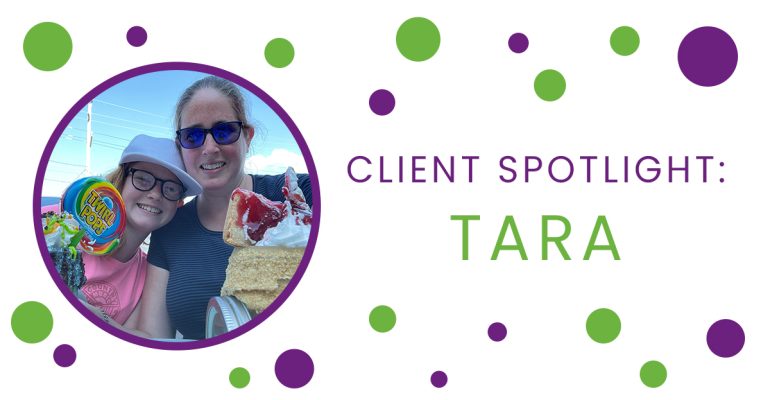 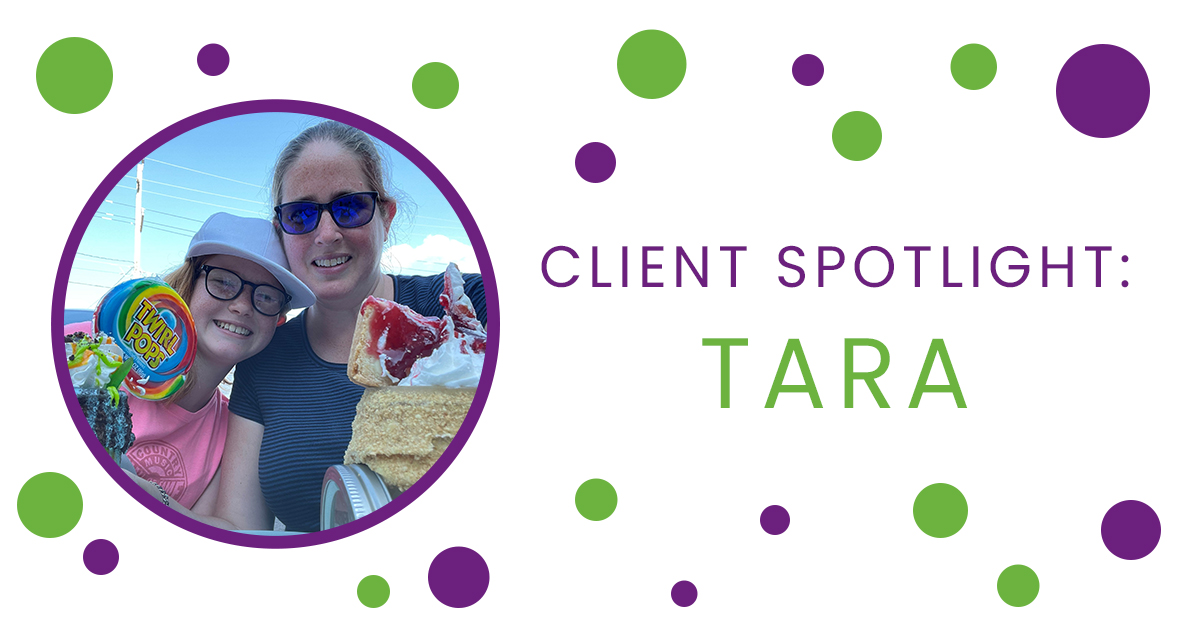 My name is Tara and I was diagnosed with epilepsy about 7.5 years ago after a car accident involving myself and my daughter, who was four years old at the time. We were on our way home from lunch at the Mandarin and I had a seizure while I was driving. I don’t remember how but we ended up in a cornfield on the opposite side of the street from where we were supposed to be. I was taken to Victoria Hospital for testing, and I can’t remember how long I was there. I wasn’t allowed to go home and had to stay with my parents for a while. I was diagnosed with epilepsy at the Urgent Neurology Clinic and told that my seizures had probably been happening for a few years, but I was unaware. The only indication was a strong feeling of déjà vu. Now I know I have focal aware and focal impaired aware seizures and absence seizures. I was referred to University Hospital for follow-up because I was having 4-5 seizures per day. This all happened during the Christmas break of my first year back to college. It was a really difficult time.

By now I’ve tried 8 or 9 medications and I’ve been told that I have drug-refractory epilepsy. After a week-long stay at the EMU within the first year and a half of diagnosis, it was decided that surgery was needed. I had a left temporal lobectomy and a few months after recovering I had to go back to the EMU because I was having seizures again. This time they found that the seizures were starting on the right side of my brain. The following year I had to have another surgery to have the VNS implanted. The pulse strength had to be increased every month and then every three months and eventually, it was as high as the epileptologist had ever set it at that time. It gave me the strongest headache I had ever had that was present all the time and no medication could take it away. Occasionally, I had to go to the hospital to be put on morphine for it, but it still didn’t stop. Nothing gets rid of it except to lower the VNS setting but that increases my seizures.

Now my epilepsy isn’t as bad as it was. I have 1-2 seizures a week. I just take it as it comes. When I do have a seizure, it can wreck my whole day because I get so tired and just want to be in the dark. When I wake up in the morning, I already have a headache and it can put me into a bad mood from the very start of the day. I don’t have as much energy as I would love to have, I get worn out a lot easier, and I don’t like having to spend a week in the hospital for monitoring. I would love to be able to have a normal life. Epilepsy has taken my independence away and I have to rely on a lot of people.

The hardest part has been the impact my epilepsy has had on my daughter and me. She takes care of me when I have a seizure, and has since she was 5, and that’s hard for both of us because I’m supposed to be the one taking care of her. It’s hard for her to be different from her friends and she struggles with being apart when I’m at appointments or in the EMU, especially with COVID because she can’t visit. She makes herself peanut butter sandwiches for dinner more than I would like when I’m recovering from a seizure. We order out a lot because it’s easier than cooking and cleaning with a terrible headache and seizures, and she gets to order whatever she likes. On bad days we bring food down to the basement where there are no windows for the light to come in and turn out all the lights so I can stay in the dark and we can watch movies together and cuddle. Sometimes that’s enough to meet both our needs.

People should know that epilepsy is not just dropping to the ground and shaking like it is shown in the movies. There are all different kinds of seizures and it’s better to ask questions about it than just to assume because there are a whole lot more people that have it than what you think. I also think that more education needs to be done within schools, especially in classrooms where there is a student with epilepsy. This will help the teacher and classmates understand what to look for and what needs to be done to help. Expecting a stereotypical tonic-clonic seizure is unfair to those living with epilepsy in one of the 40 forms where full body convulsions are not included. ESWO has a lot of resources, both for general public information and for those who have just recently been diagnosed or are needing further support. There are great groups to be able to talk to others who also have epilepsy, it gives some comfort knowing you aren’t alone.