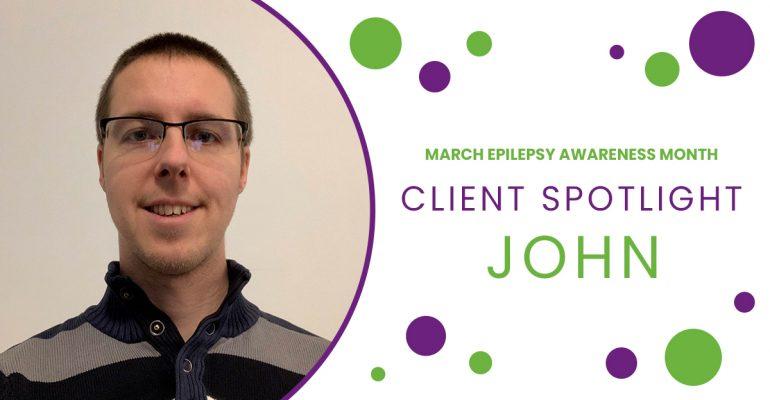 Hi, my name is John Boersema and I care about epilepsy because I know firsthand how greatly it can change your life and at times, just how depressing it can be.

My first seizure happened in December 2007 when I was 18. It was a full body seizure caused by viral encephalitis, a rare virus that had been going around. I was in the hospital for 2.5 months afterwards. I lost a year of memory and my sense of smell. I've also had major sleeping issues ever since. I remember finding out that my older brother had got married in 2007 and that I now had a sister-in-law. I was even in the wedding party…I always joked that I wasn't there and that they just photoshopped me into the pictures. My doctor told me that my seizure was a once-in-a-lifetime thing, so after my health and life had stabilized again, I started working. That allowed me to restart my flight training in 2009, which I had just started before I got sick. I had always loved flying and I wanted to become a pilot. I completed my Private Pilot's License and I got my Commercial Pilots License, Multi Engine and Instrument ratings. After completing my training, I continued to build hours in the plane to get my first job. I would take up friends and family whenever I could because it helped cover costs.

On August 6th, 2011 everything changed again. I had a flight that went down in my pilot logbook as “The Forgotten Forced”. I can barely remember that day at all. Thankfully, my cousin was with me as a passenger on that flight.

I had flown out of London earlier that day to Burlington where my cousin lived. He wanted to go for a flight over his house, work, and a couple other places. I was flying a Cessna 152, a 2-seater, and my cousin was a little bit nervous because he had never been in a little airplane before. It was a calm, smooth day and I had the plane all trimmed out (so it would continue to fly straight and level without touching the controls). Apparently, after we flew over the places he wanted to see, I just lost my memory. I didn't know who he was or how to fly an airplane, I just forgot everything. He thought I was joking at first because he was a bit nervous having not been in a little airplane before. Eventually he realized something serious was happening and he tried to help me get my memory back, but it wasn't coming back. At this point, my cousin took the controls. Since the plane was trimmed out, he was able to turn us around and get us back to Burlington airport. Unfortunately, we had been in the air a lot longer than initially planned and had run out of fuel and faced an engine failure. My cousin tells me that as soon as the engine failed, my memory kicked in and I grabbed the controls. Thankfully, we were within gliding distance of the runway and I was able to glide it down to an apparently smooth landing. God was in control; He landed that airplane.

I went for multiple tests afterwards and found out that I was having memory loss seizures. I usually lose a couple days and get the main stuff back in about 10-20 mins depending on the seizure, but I never get back all the details. I've tried many different medications over the years which usually either don't work, or help at first and stop working. My seizures are also greatly affected by my sleeping problems.

I couldn’t fly or drive anymore and most of my friends lived too far away to see them. Even though I had just graduated Fanshawe College for an Aircraft Structural Technician course with honours, that still wasn't giving me any hope of a job. And I was still having seizures regularly! I had some serious times of depression with all that I had been going through, but the end of summer into the fall of 2013 was the worst!! Thankfully, during this time, God just kept me thinking about all that He had already brought me through so He MUST have a plan for me. He also called to my mind bible verses that I had been reading recently to help me, which I found very encouraging!

When I went for my follow up appointment with my doctor, he told me that unless they find the miracle medication for me, I would probably have seizures for the rest of my life. The next medication he put me on I thought was that miracle one because I didn't have a seizure for a while. Early 2015, I had been seizure free for over half a year and I moved to London, got a job and met my wife. Then, at the end of June when I had been seizure free for just over a year, the seizures came back. That fall, I had to quit work and apply for disability because these seizures were not stopping, no matter what medication I tried.

I got connected with ESWO when I started attending some Seizure Disorder Family Support Group meetings a few years later. That was very encouraging, and I also got set up with Peer-to-Peer support, which I highly recommend.

If you are living with epilepsy, I just want you to know, you are NOT alone, we are in this together! I truly believe we can rest assured that God has a grand plan where we can trust in Him in all that we are facing.