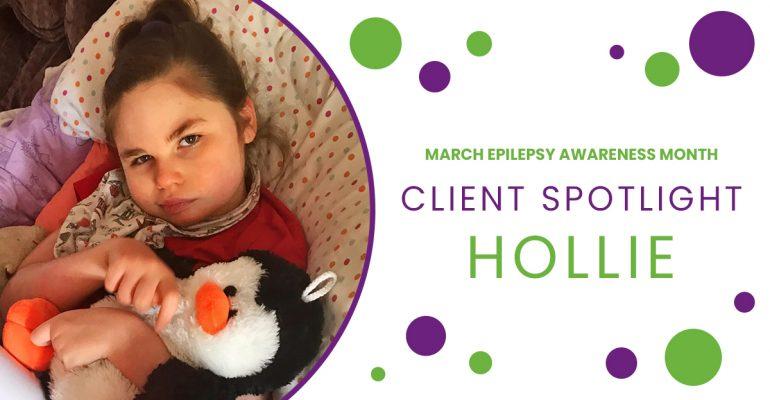 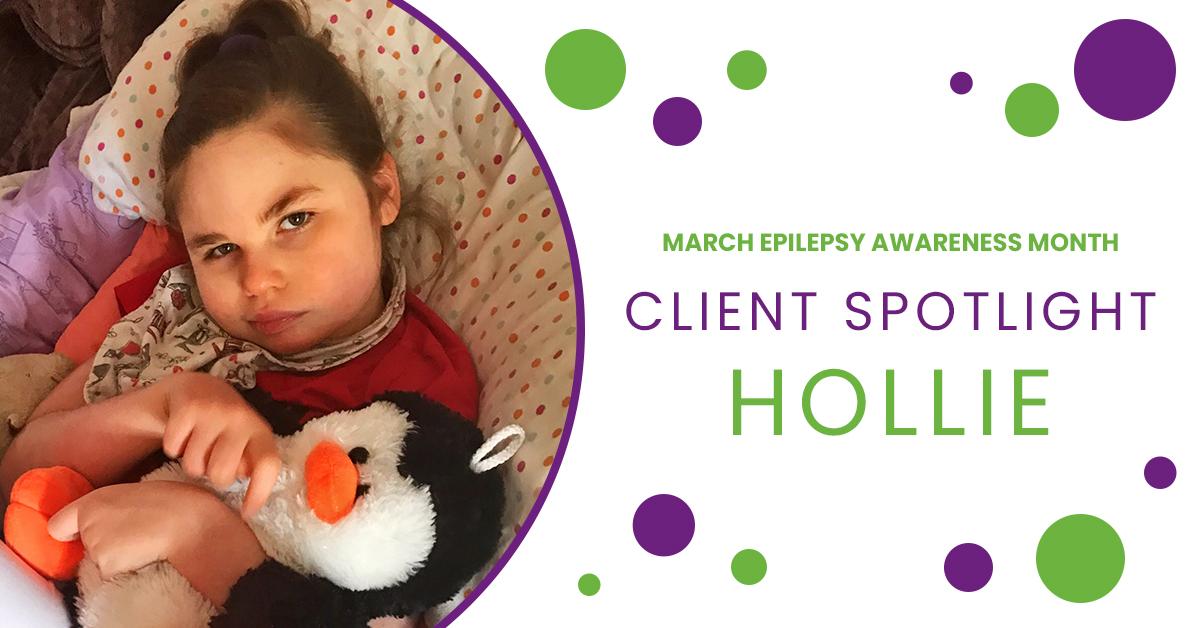 I care about epilepsy because my daughter Hollie was born with Aicardi Syndrome 9 years ago and with that comes intractable epilepsy and a few other special needs.

We got connected to Epilepsy Southwestern Ontario (ESWO) through the neurology team at London Health Science Centre. We started out seeing Dr. Levin for seven years before he referred us to the CEC clinic with Dr. Nouri and their wonderful team. Most appointments, if not every appointment, we also talk to an ESWO Educator to check up on Hollie and evaluate her progress.

When Hollie had her first seizure, she was two weeks old. I was putting her in the bath when she went completely stiff and her eyes rolled back in her head. My instincts told me she was having a seizure, but I wasn’t 100% sure. At that point she would only freeze up every so often; but we took her to the hospital at three weeks old to confirm what I already knew: Hollie was having seizures.

As a mother to a special needs daughter with intractable epilepsy, it has been hard not just on me but Hollie as well. We have tried 13 different medications and probably hundreds of combinations of medications.

Everyday when she is in school, I just pray that she makes it through without a seizure. We always have to make sure her medication is ordered, and her emergency medication is available. We also have to restrict the different types of lights in our house. As her mom, I’m always on high alert, just waiting for a seizure; you just never know when or how bad it will be when it hits. For her, I can’t even imagine how hard it is. She started out having 50+ seizures a day and nine years later, she still has 1-2 every day. Hollie experiences tonic seizures that she screams through, drop seizures which we don’t see very often, and absence seizures. That said, it’s the tonic seizures that are giving us the problem.

The one thing that I’ve learned about myself through this journey with my daughter is that you are always stronger than you think you are and to always trust your gut. Hollie has gone through a lot to get to where she is today, and for that, she is my hero.